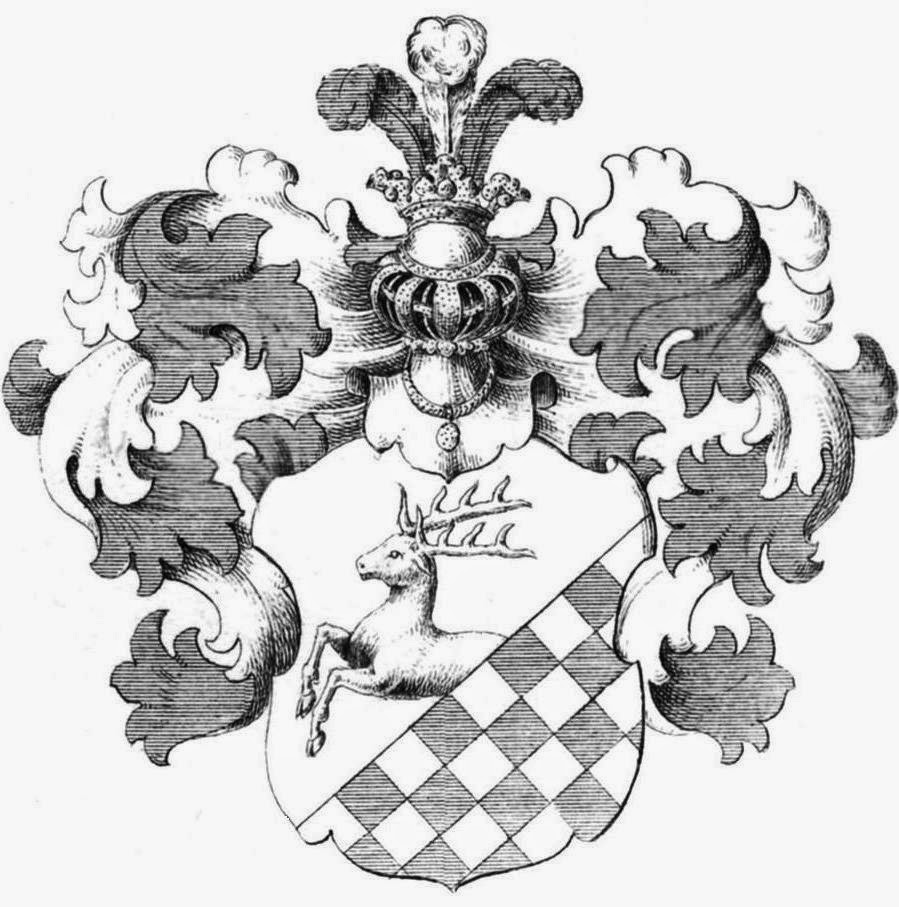 The original Pomichal (Pomischel, Pomyschel, Pomykal) coat of arms. Later, in modern times, a branch inherited and adopted the elephant as blazon. For more on this family see here.

Above is a link to a family tree of the Pomichal family, who were composessors of Reca in the 19th century.

Ladislaus Pomichal from the above tree distinguished himself as an officer in the original Hungarian force which was formed to resist the Habsburgs during the 19th century revolutionary period (it subsequently became the Honved, the regular Hungarian army to this day). His son Jozsef Pomichal (born 1878, married Zsofia Zamolyi of Zamoly in 1908), was also an officer in the Austro-Hungarian army. Also Franciscus Pomichal (born 1830 and married to Veronica Klebersz in 1859) was an officer of a Hussar regiment (the cavalry of the Hungarian nobility) in the 1840s and 1850s uprisings.

In the mid-19th century, Antal Pomichal (married to Rozalia von Dóka, whose father, Michael Dóka, was Chief Justice of Bratislava County and member of the Hungarian parliament prior to the 1848 revolution) was a significant landowner and co-lord of Reca. The family also owned land in Pozsonyivanka, Boldogfalva, and Senec.

Today, a member of the Pomichal family (along with a member of the Neszmery family) is a representative of the Hungarian minority in the Bratislava Autonomous Region; a somewhat larger successor to the historical County of Bratislava.

As Pomichal de Rethe (or Réthe), this Hungarian family of Czech descent is listed in the most comprehensive and reliable list of Hungarian nobility to date, edited by Prof. Steven Totosy de Zepetnek (Nobilitas Hungariae). For the older, Czech and German, history of this family please see here.


The family tree was provided by and reproduced here with the kind permission of Mr. Joseph Pomichal from his private MyHeritage website.
Posted by Imrich Nagy at 04:37