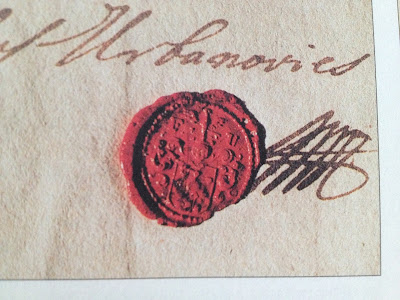 The seal of Franciscus Urbanovics of Sárfő, showing the characteristic raven coat of arms (image taken from a publication on Blatne by Stanislav Fekete, kindly provided to me by Jan Urbanovic)

The Urbanovics (Urbanovits) were an ancient family of Bratislava county, whose nobility was confirmed in 1591 by Emperor Rudolf in Prague. Miklos Urbanovics, the addressee of the confirmation, was probably in Prague as part of the retinue of Prince Stephen Bocskay of Transylvania and Royal Hungary.The Urbanovics coat of arms is interesting for its motif of a raven with a ring in its beak, very similar to that of the Hunyadi family, whose most famous member Matthias Corvinus (The Raven) was King of Hungary.

The family became the most notable family in Sárfő, today's Blatne, north of Senec in Bratislava County. Andreas Urbanovics was one of the county judges for many years in the 17th century. In the 18th century, Paul Urbanovics was a prosperous nobleman, who became postmaster of Sarfo, was confirmed in his nobility in 1765 again by Empress Maria Therese, and who left a large sum to the church to create a foundation for masses.

In the 19th century, many members of this family became officers with both the infantry and the cavalry in the Austro-Hungarian armies. One of the most prominent was Aloysius von Urbanovits, Captain of the Royal Hungarian Lifeguards, the most elite personal guard of the Emperor. Being a captain in this unit carried the same honours as being a colonel in the regular army.
Posted by Imrich Nagy at 03:47 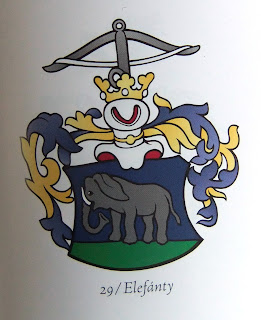 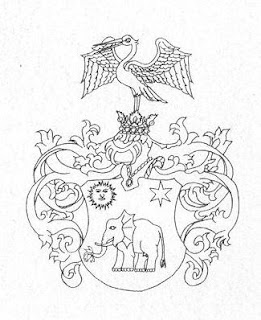 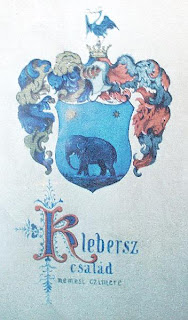