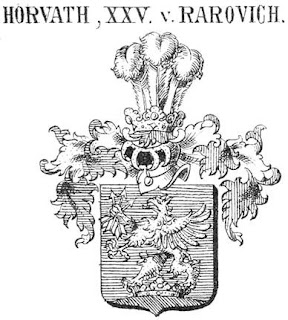 The heraldry of Hungarian noble families is fascinating and entirely eccentric from 'classic' European heraldry. However, it maintains the most important facet of Western heraldry - that each individual family has its own coat of arms. This is unlike Polish heraldry, frequently but oddly compared to that of Hungary, where entirely unrelated families bore the herb of one of the ancient Polish clans. Having said that, many families do share very similar, and often identical, arms. This is however almost always due either to inter-marriage and actual blood descent from the same ancestor, or by accident since a few Hungarian charges were so popular amongst the nobility. This is one of the peculiarities of Hungarian heraldry - the riot of aggressive military paraphernalia, the bestiary of fanged and clawed predators, the ostentatious ducal crowns. The favourite charges of Hungarian families, such as the eagle, the griffin, and the lion, seem to suggest an origin in the symbolism and decoration of the Magyar tribes. The same goes for the very popular celestial bodies such as stars and moons, which appear to hark back to a nomadic existence. The sabres, decapitated Turkish heads, shot animals and speared body parts is a legacy from the wars the Hungarians waged against the East: beginning with the horrifying Tartar invasion in 1245 and continuing with the Ottomans until the end of the 18th century. This brutalised the Hungarian population to such an extent that it left a gruesome and indelible mark on its heraldry.

Another favourite motif in Hungarian heraldry was to set a sort of realistic "scene" in the shield, with a grassy patch, the main charge prancing on top in front of a star-spangled sky. Clearly, these coats of arms were of no use on a battlefield in the chivalric idiom of the public. The prosaic reality was that in Hungary coats of arms were almost never used in tournaments or on battlefields (with the exception of great lords in the middle ages, for instance the Counts of Cilly): the Hungarian style of fighting and armour was very different.

The sample coats of arms here all relate to the individual families listed in other parts of this blog - they are not the coats of arms of unrelated families with the same name. 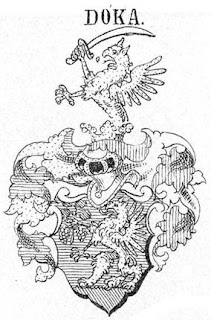 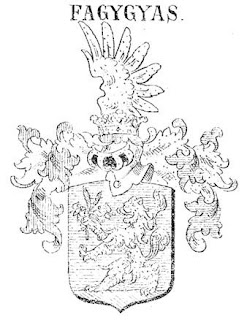 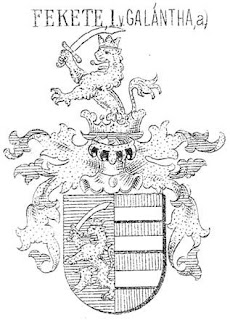 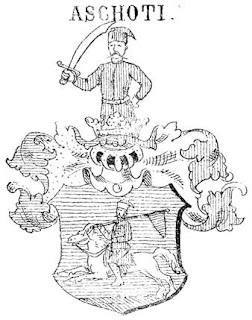 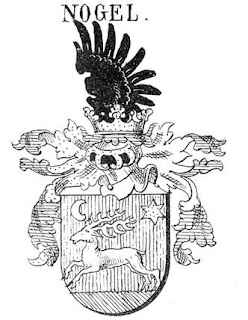 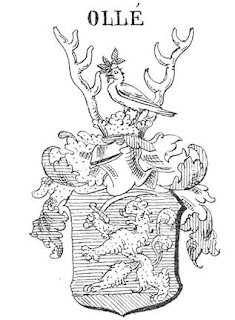 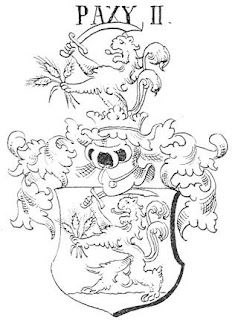 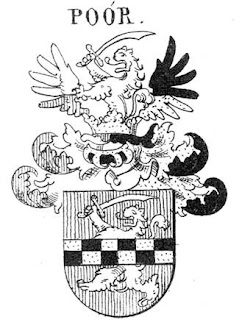 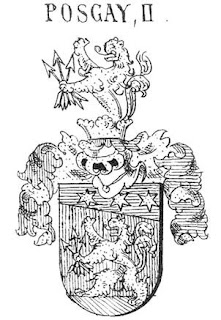 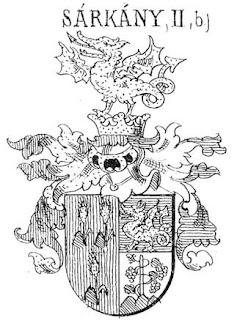 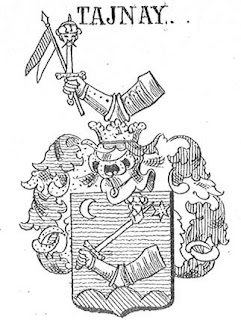 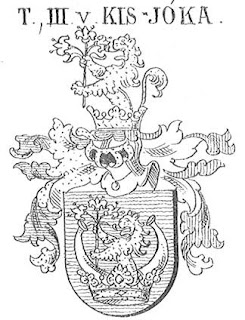 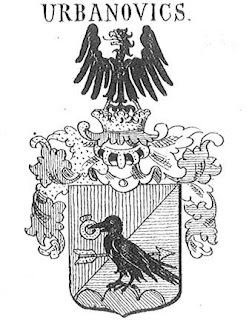 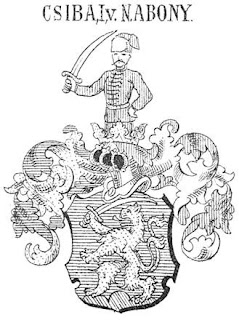